Check out some of the great stories of Tennesseans Marshall has in his backpack! 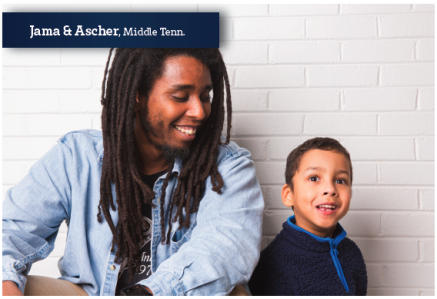 Two things are top of mind when it comes to his hopes and dreams for his son.

Basic construction protocols have to be accessible. Just as one would not build a structure without a solid foundation, nor should one erect a inaccessible building. Accessibility and inclusion speak to the very heart of the human experience, and he wants Ascher to grow up in a world where Ascher can go anywhere, and live as independently as possible.

The other, is healthcare.

Ascher’s family has struggled with his care and coverage, but believes his ability to live his best life is based on his ability to access, receive, and pay for comprehensive care. His ability to receive physical, speech, and occupational therapies gives his family a lot more than what you might think.

Per his proud Dad, just seeing the impact of these therapies, “Keeps me going, and gives me hope.” 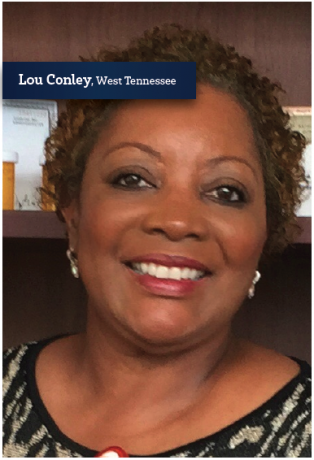 At three years old, I contracted polio and nearly died. By the time I recovered, I had lost my ability to hear.

I was born and raised in Memphis, Tennessee, but spent most of my life in Mississippi with my grandparents. They taught me how to read lips, or to look at them to get attention. They told me never to tell anyone that I’m Deaf. Not doctors-- not anyone.

They told me I’d be institutionalized if anyone ever found out, and I wouldn’t be able to see them again.

It wasn’t until I was 30 years old and decided to go to college at the University of Memphis, and a professor saw me struggling as I tried to read his face. He instructed me to go to disability services for assistance, and I finally had to be open about my Deafness.

I hear all the time, “we’ve never seen anyone like you. Someone so well educated”, but they don't understand the fight it was to get there. I’m reminded when I see Deaf children sitting in seats in school. I’ve had to turn my head with a tear because that was me. That was me, and that's why I advocate so much for people with disabilities and Deaf people, because their voices are often silent. 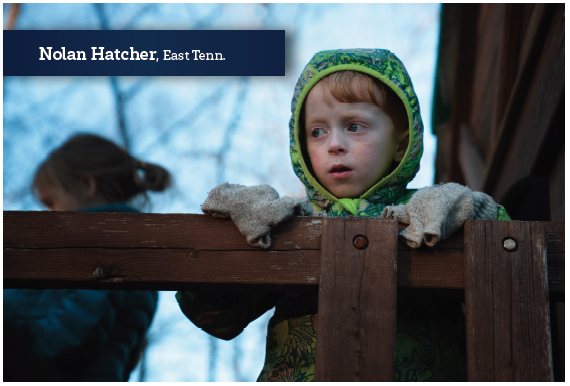 Nolan’s chromosome disorder is so rare, it doesn’t even have a name. The rest of him, is a typical little boy.

Born with a micro-duplication on his 17th chromosome, Nolan’s diagnosis is in a category of rare chromosomal disorders.

So rare, it doesn’t even have a name.

As a result, he’s a little small for his age, and has difficulties with eating, sensory challenges, and more.

Nolan recently started kindergarten, and positively loves music. His church friends rely on him to help pack up their band instruments after Sunday service, and Nolan takes his job

His big sister Londyn and furry puppy Bella, are his best friends. When he’s not hanging on with them, he’s hanging out with his dad, who’s a firefighter, checking out all the big cool fire trucks.

(You may even find him being sweet, and spending some cuddle time his mom - but don’t tell anyone.) 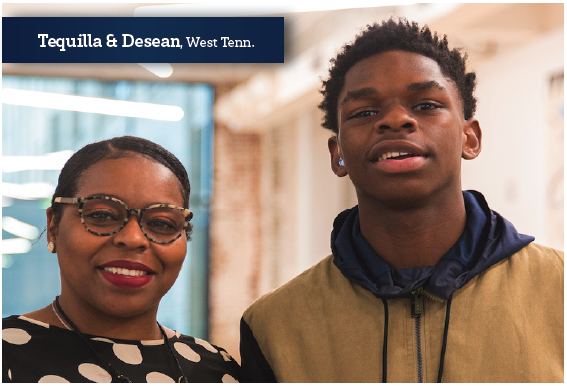 At 1 1/2 , Desean started to lose his hearing, but a hearing loss diagnosis wouldn’t come until he was almost five.

During this time, he made up his own language to communicate with his family. Because he was not diagnosed until later, he also lost out on tremendously important early intervention services that would have benefited Desean as he began to move into his early school years.

“I took it upon myself to become an advocate for my son and others. It would be so helpful for people to know about programs and resources in their communities,” said

Today, Desean is a senior in high school and is excited for college. He is preparing to go into auto mechanics. 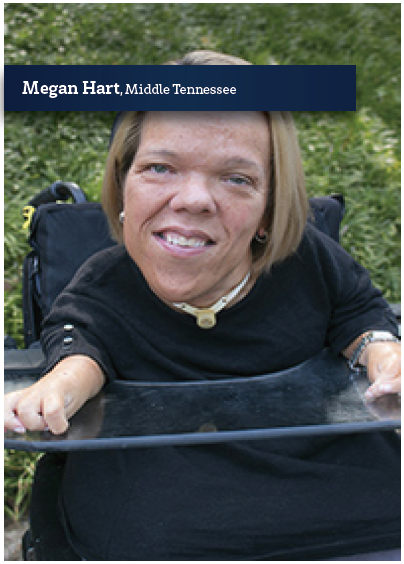 Like many women my age, I am a daughter, sister, sister-in-law, aunt, friend, neighbor, and colleague.

I also happen to have a disability.

My loving parents, sister, and brother welcomed me into the world ten minutes after my twin brother was born. However, people have a hard time believing we are twins because he is average height and I am a little person. Despite my short stature and respiratory concerns, I was a typical child until the age of five. Due to the type of little person that I am, doctors informed my parents that I needed to have surgery on my spinal cord to prevent

future complications. As a result of mistakes made during the operation, I woke up paralyzed from the neck down.

After their initial reactions, my parents were determined not to allow my disability to dominate our family, and it hasn’t. I went to college, and to grad school, and am now a Program Director at the Vanderbilt Kennedy Center.

We have more in common than our differences. I encourage anyone who is considering hiring someone with a disability to treat that person the same as you would any other candidate. In 2006 Daryl was scratched by his girlfriend's dog and contracted beta-hemolytic strep.

This infection caused septic shock and forced him into a coma for two weeks. This traumatic event resulted in the loss of both legs below the knee, portions of all his fingers,and sight in one eye.

His recovery has given Daryl a unique grasp on the struggles the disability community faces, and he’s used his perspective to empower others as a Certified Prosthetic Assistant for other amputees.

In his role as Director of Prosthetics, his approach to work is to educate, counsel, and empower others to overcome these struggles, and live a fulfilling life.

By the way, you remember that “girlfriend” and her dog? She’s now his wife, Chevonne.

They live in Middle Tennessee with their two children.